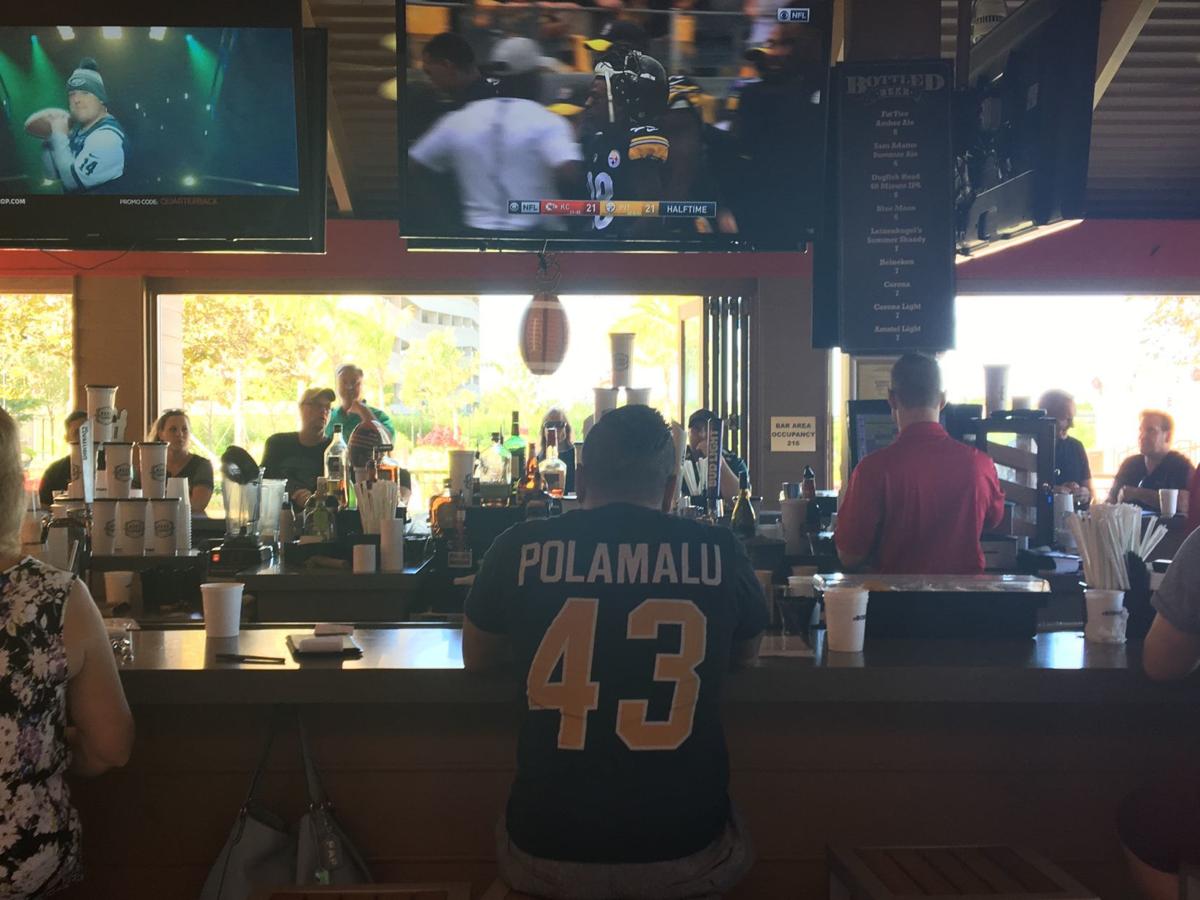 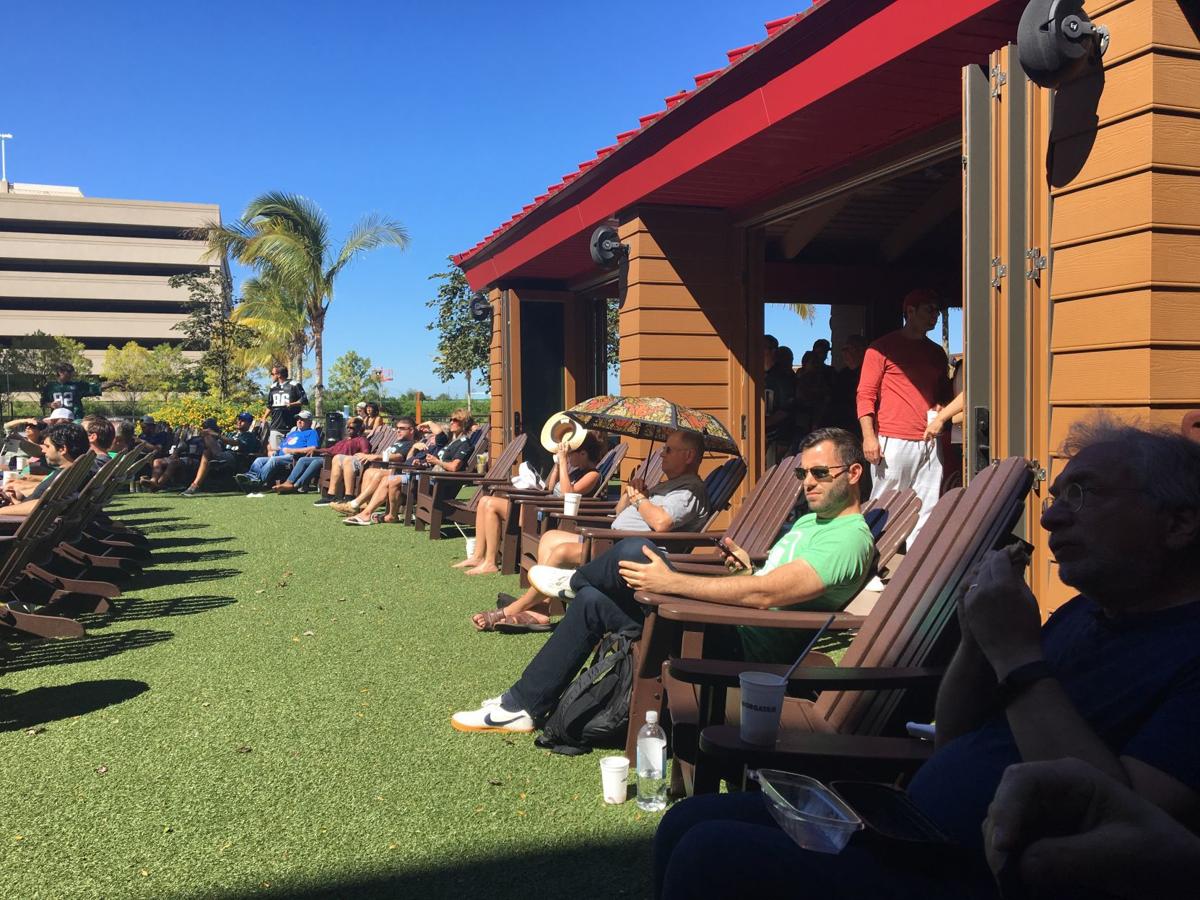 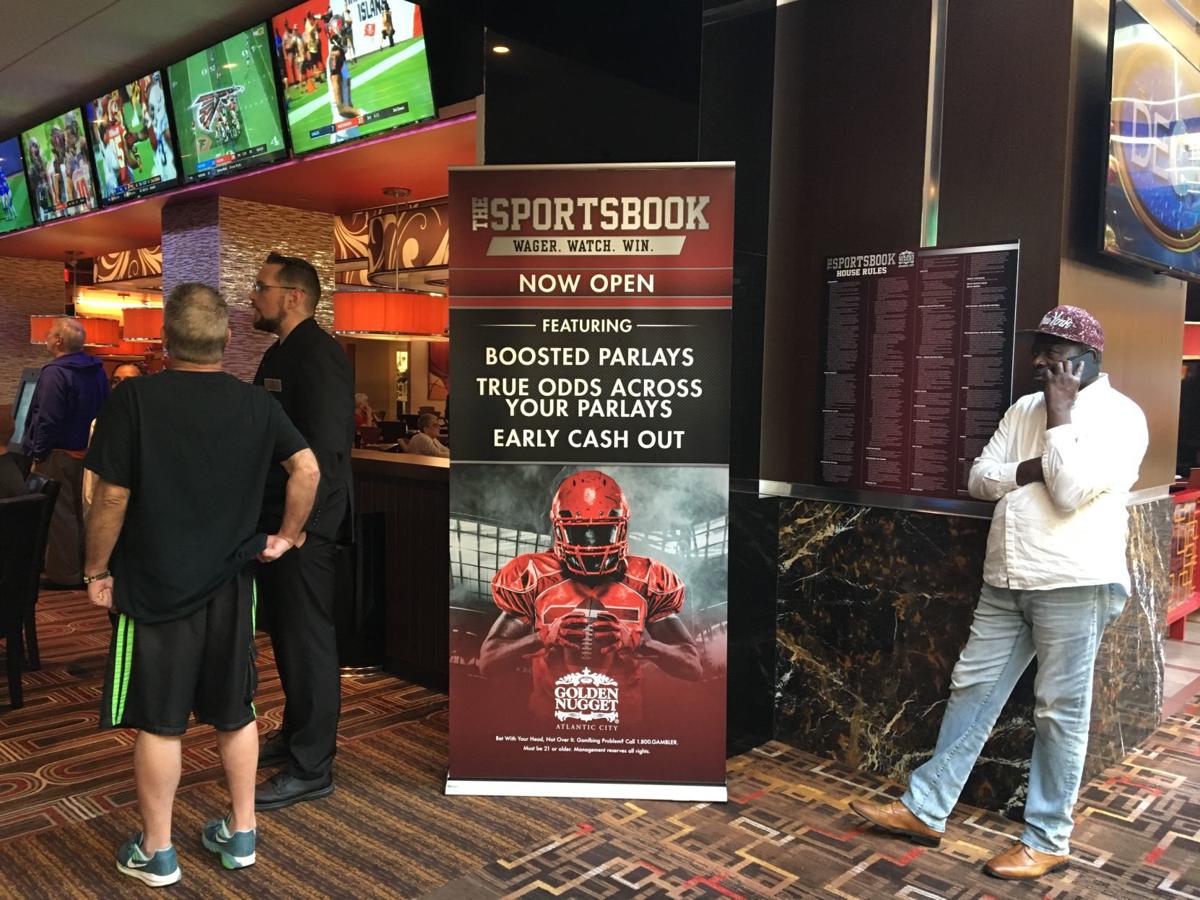 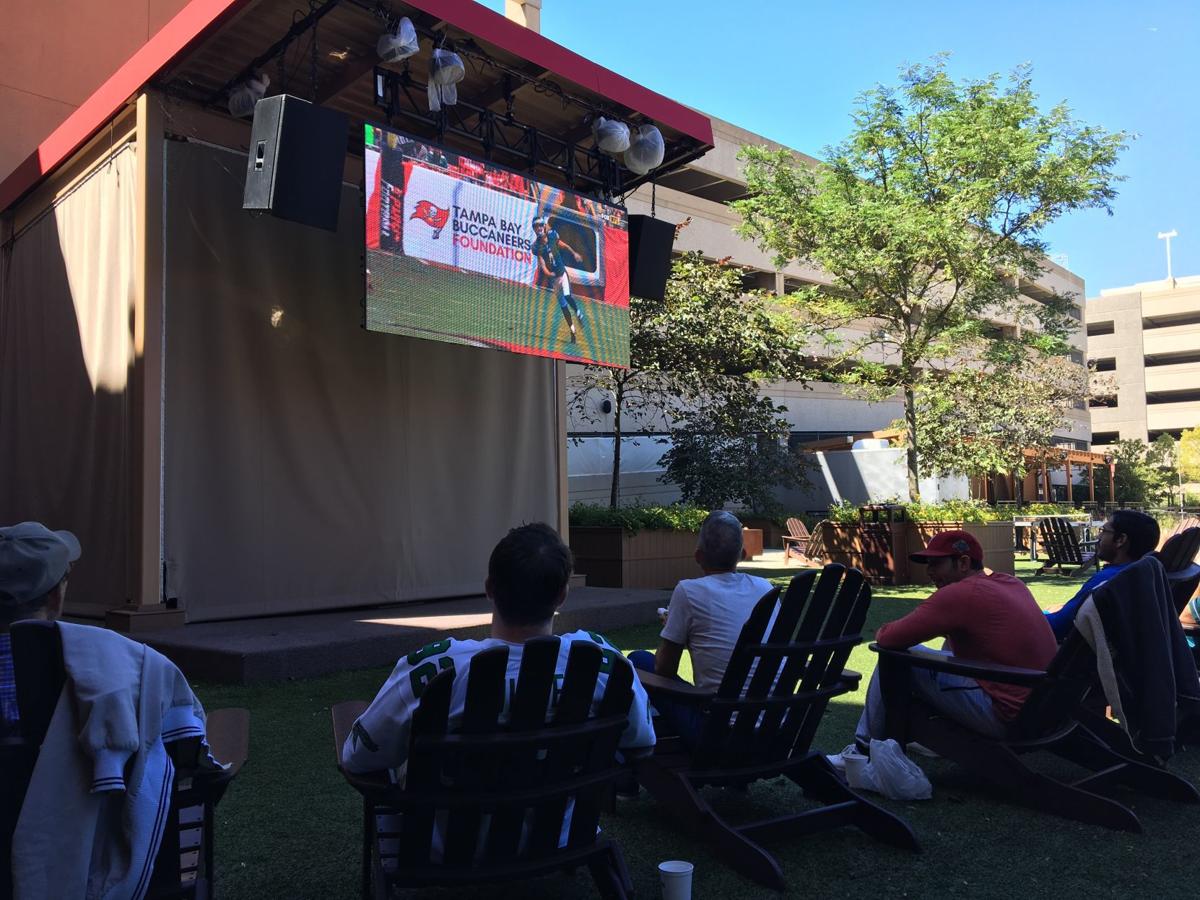 By 1 p.m., the outbound Atlantic City Expressway would be crammed with visitors heading home after the weekend.

Sports betting has changed all that. Instead of leaving after breakfast, people are delaying their departures for a few hours to watch and wager on the Eagles and other NFL teams at one of the city’s six sportsbooks.

“College football Saturday’s have been good, but NFL Sunday’s have been very good,” Golden Nugget Atlantic City Sportsbook Manager Joe Nicosia said. “And from talking to everybody else (at the other sportsbooks), it’s been that way all over town. It’s really a fun atmosphere on Sundays.”

Eight hours, four sportsbooks, a dozen wings and two margaritas on a recent Sunday helped provide a glimpse into the excitement and energy that legalized sports betting has provided for the city.

The line for the betting windows at Borgata’s Race and Sports Book spilled out of the room and into the casino. Borgata offered patrons the option of watching the Eagles-Tampa Bay game on a 10-foot screen in its beer garden adjacent to the outdoor pool.

Cabanas featuring sofas and coffee tables were set up on one side. Three rows of Adirondack chairs were on the lawn in front of the screen, which was showing the Eagles game. The outdoor bar was crammed with a contingent of Jets fans watching the TVs there.

One of the cabanas was filled by Phil, John, Jim, Matt and Steve, Philadelphia natives who were in town for Matt’s bachelor party the night before. They were all wearing Eagles jerseys. Matt was rocking an old-school, kelly-green, No. 92 Reggie White shirt.

“I played a couple of parlays a few minutes ago,” Phil said. “I took the Eagles and the over (40 points).”

NFL fans filled the venue to watch the end of the Eagles-Bucs game and the first half of some of the 4 p.m. contests.

Located just off the main atrium, it made for a rowdy, fun scene. Eagles fans filled two long sofas in front of one of the huge high-definition screens while others watched from the dozen plush armchairs and tables.

“We showed the Triple G (Gennady Golovkin)-Canelo (Alvarez) fight last night and the place was packed,” Nicosia said. “We got so many calls from people asking if we had it that I told my wife I had cauliflower ear.”

Summer was 'best in recent years' for Atlantic City

ATLANTIC CITY — More tourists, jobs and casino revenue all added up to a historic summer for…

A half dozen giant screens were showing Eagles-Bucs and other 1 p.m. games.

A guy in a Brian Dawkins No. 20 Eagles jersey cheered when running back Jay Ajayi scored. When Eagles linebacker Jordan Hicks recovered a fumble, he leapt from his chair and flexed his biceps in front of the screen while others laughed and high-fived.

He watched in silence as the Bucs hung on for a 27-21 victory, then tore up his bet slip and tossed in the trash, as did everyone else who had taken the Eagles to win.

Most of the people were wearing Cowboy hats and boots, which meant that: A — there were a lot of Dallas fans in town; B — They were all trying to fit in with the Western motif of the casino; or C — they had just attended the Professional Bull Riders event at nearby Boardwalk Hall.

The betting windows were fairly crowded, as were the two rows of lounge chairs in front of the rows of TVs. But it was a fairly subdued crowd.

Unlike some of the other sportsbooks, the setup didn’t include any giant screens. Three medium-sized TVs lined across the way with five smaller versions. Strangely, two of the TVs were showing the Angels-Mariners and Rangers-Padres baseball games, respectively.

Over in the casino, a half dozen Steelers fans in Craig Heyward, Troy Polamalu and Ben Roethlisberger jerseys were trying to forget a 42-37 loss to the Chiefs by playing roulette.

Seats were filled with fans catching the end of the 4 p.m. games that were being shown on enormous screens. A bar dividing the sportsbook from the casino was crammed with a mix of people. Some were sporting football jerseys while others were wearing suit jackets and tight-fitting dresses while waiting to go to dinner.

Casino revenues up 22.5 percent in August

A few feet away, a hot dog cart was selling $6 hot dogs and $4 soft pretzels.

“What a great day for football,” one of the servers said. “That Pittsburgh game was amazing.”

It had been even more crowded late Saturday night. The sportsbook was packed with bachelor and bachelorette parties. Some were holding unlit cigars while waiting to place bets on some college games. And the guys seemed to be having fun, too.

The lines at the betting windows began to grow. People who had lost their wagers in the earlier games were evidently hoping to recoup their money on the late game between the Giants and Cowboys and/or the Seattle-Chicago Monday night game.

No doubt similar scenes were unfolding at the five other sportsbooks in the city.

When it comes to sports betting, football season is the “Most Wonderful Time of the Year.”

ATLANTIC CITY — For the first time ever, music lovers can experience a double concert featuring both of Boardwalk Hall’s more than 80 year old…