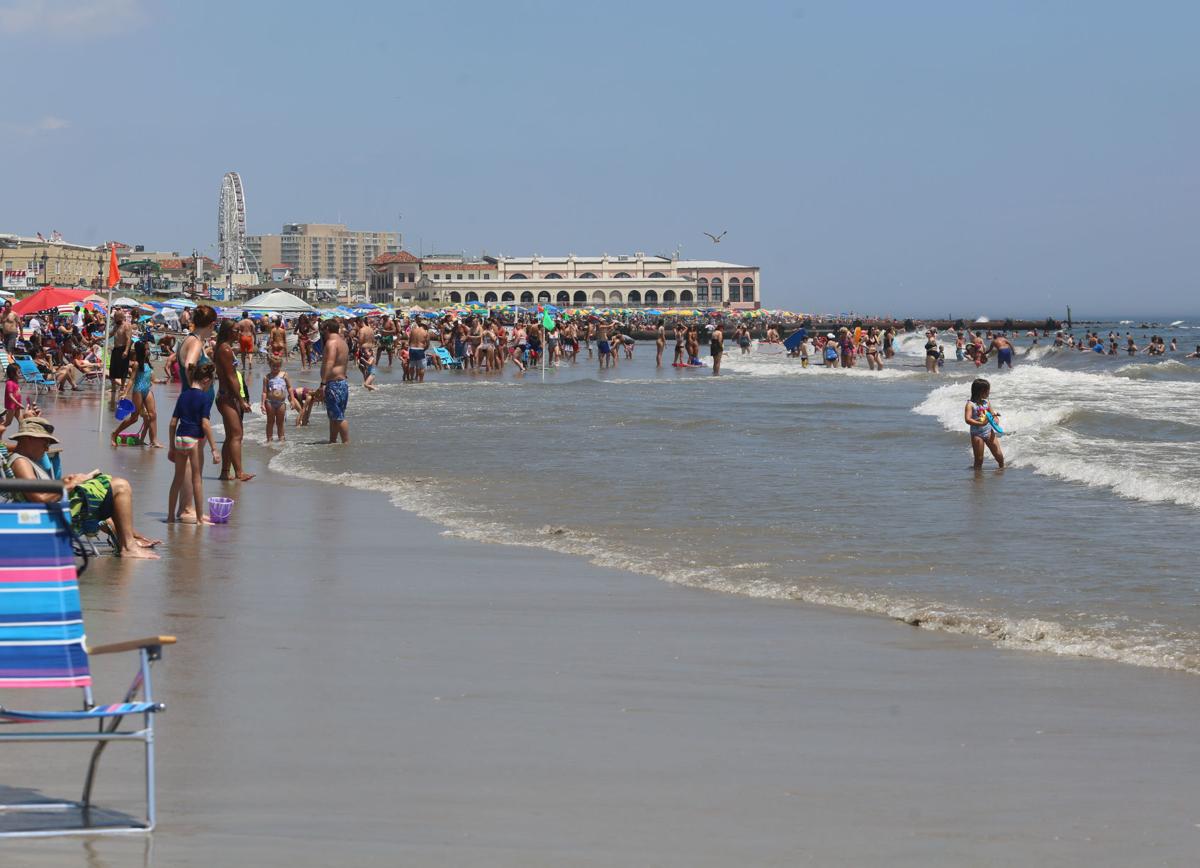 While many people use beach umbrellas to protect themselves from the sun, 30% of UV radiation can be reflected under the umbrella from nearby sand or concrete sidewalks, said Magesh Sundaram, medical director of surgical oncology at AtlantiCare in Egg Harbor Township. 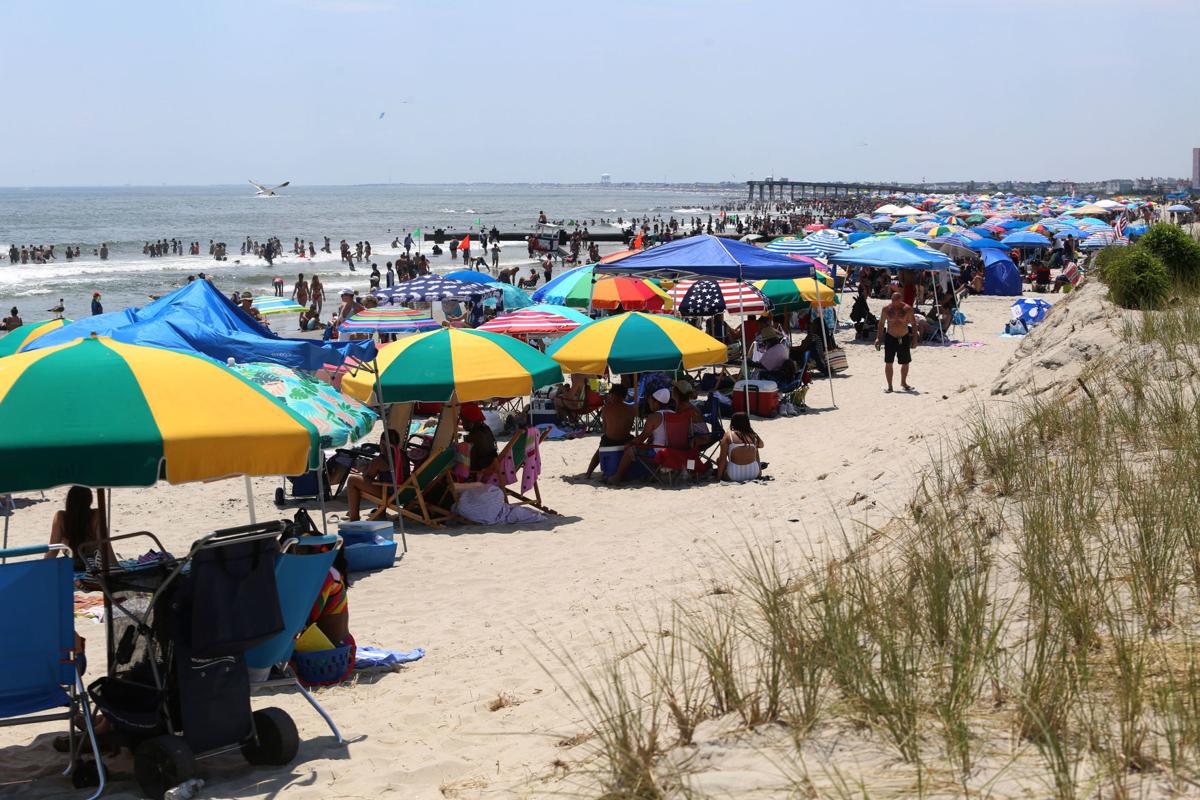 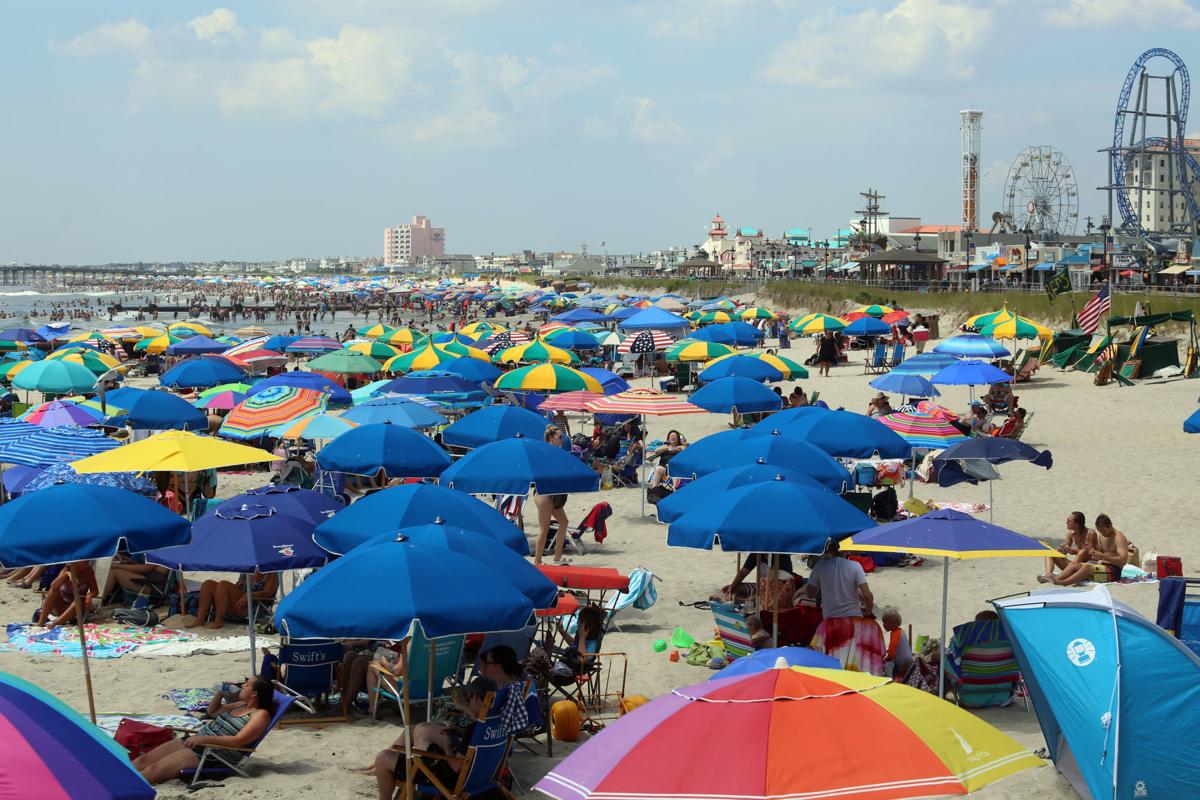 While many people use beach umbrellas to protect themselves from the sun, 30% of UV radiation can be reflected under the umbrella from nearby sand or concrete sidewalks, said Magesh Sundaram, medical director of surgical oncology at AtlantiCare in Egg Harbor Township.

Margate Beach Patrol Capt. Chuck LaBarre has noticed his lifeguards, who spend countless hours outdoors, break out of the stigma of not being cautious in the sun.

As the prevalence of skin cancer continues to rise, there are many factors for people to be aware of that will raise or lower the risk.

According to Magesh Sundaram, medical director of surgical oncology at AtlantiCare in Egg Harbor Township, New Jersey is about average in terms of melanoma incidence rates. That said, most of South Jersey ranks above that.

The U.S. Environmental Protection Agency notes that the UV index tends to be higher when the sun is higher above the horizon during the summer and in the middle of the day. However, clouds could lower the index. While that is true, other factors play into it as well.

The UV index typically ranges from 1 to 10 in New Jersey, though it can be higher in latitudes near the equator.

UV radiation can reflect off surfaces, so “while a large beach umbrella may seem protective from the sun, there is about 30% of UV radiation that is reflected under the umbrella from nearby beach sand or concrete sidewalks,” Sundaram said.

Elevation also impacts the UV index. Colorado, for example, generally has a higher UV index than South Jersey, which sits at the same latitude north of the equator. The UV index increases by 10% for every 3,280 feet above sea level.

Weather patterns impact the UV index on a day-to-day basis. Extra sun protection is required after a rainy or stormy day.

“When the rain comes, it clears the air up. Then the sun intensity is strong and you can get a high UV index,” said Jim Eberwine, retired National Weather Service meteorologist and current Absecon emergency management coordinator.

In those instances, a UV alert may be issued. According to the EPA, an alert is sent out when the UV index is at least a “high” 6 and in the top 5% of values possible for that particular day of the year in that location.

UV alerts are passed down to the public through the Weather Service and those who sign up for alerts. Twenty-one alerts were issued between 2008 and 2018, but none was issued in 2018.

Avoiding the sun between 10 a.m. and 4 p.m. and wearing a wide-brimmed hat, sunglasses and long-sleeved shirts all reduce UV exposure, along with applying sunscreen with an SPF of 15 or greater every two hours.

Compared to other cancers, skin cancer has the highest increase in the amount spent treating it.

“The majority of basal- and squamous-cell skin cancers are found in the skin of the head and neck, as well as hands and arms. ... Melanoma can occur on any part of the skin surface, and sometimes in places we don’t think of as skin,” Sundaram said.

“From a management perspective, these (basal and squamous cells) are primarily locally invasive in the skin,” Sundaram said. That means medical staff can treat these without worrying about other parts of the body.

LaBarre said he knows many lifeguards who have developed skin cancers.

“Since working on the beach in 1987, a lot of my dad’s lifeguard buddies have had it. My dad himself has had it,” LeBarre said.

When a lifeguard is issued their gear, LaBarre said, a baseball cap or straw hat is part of the package. Now, sunscreen bottles are issued, and more are always available. The city also is looking to provide skin cancer screenings, LaBarre said.

Even outside the summer, though, it’s best to be prepared year-round. Sundaram stressed the importance of skig cancer screenings in detecting cancers early.

“On a sunny winter’s day, I will put some on my face. Sounds crazy, but I’ve been doing it for years,” said Jeff Steiner, who splits his time between Cape May and Bethlehem, Pennsylvania.

Be sure to watch Joe's daily forecast videos online. This forecast is updated Monday through Friday when Joe is in the office. For articles an…

Spot on July summer weather holds on through the weekend

A meteorologist’s job is easier some days than others. This weekend will be easy like Sunday morning, as high pressure continues to hang on.

Heat picks up, but the humidity does not for several days

High pressure sliding offshore will pump in more heat into the area, but the humidity will still stay away until Tuesday.

The third heat wave of the year in what has been an otherwise quiet stretch of weather will come to an end after Tuesday. A cold front slows d…

Hump day on Wednesday will be quite fitting for us, weather-wise. We usher in the start of a new, stormier pattern, while definitely ending ou…

The severe risk from thunderstorms will be over as we flip the page to August. However, some wet weather will linger around into the weekend.

Dog days of summer pattern through weekend, next week

Looking ahead at the next seven days, most will sit in the summer doldrums of 80-degree temperatures, some humidity, plenty of dry time, with …

As summer winds down, Ocean City Beach Patrol will be reducing its guarded beaches after Labor Day, the city announced.


Atlantic City Beach Cam can be viewed live at NJBeachCams.com