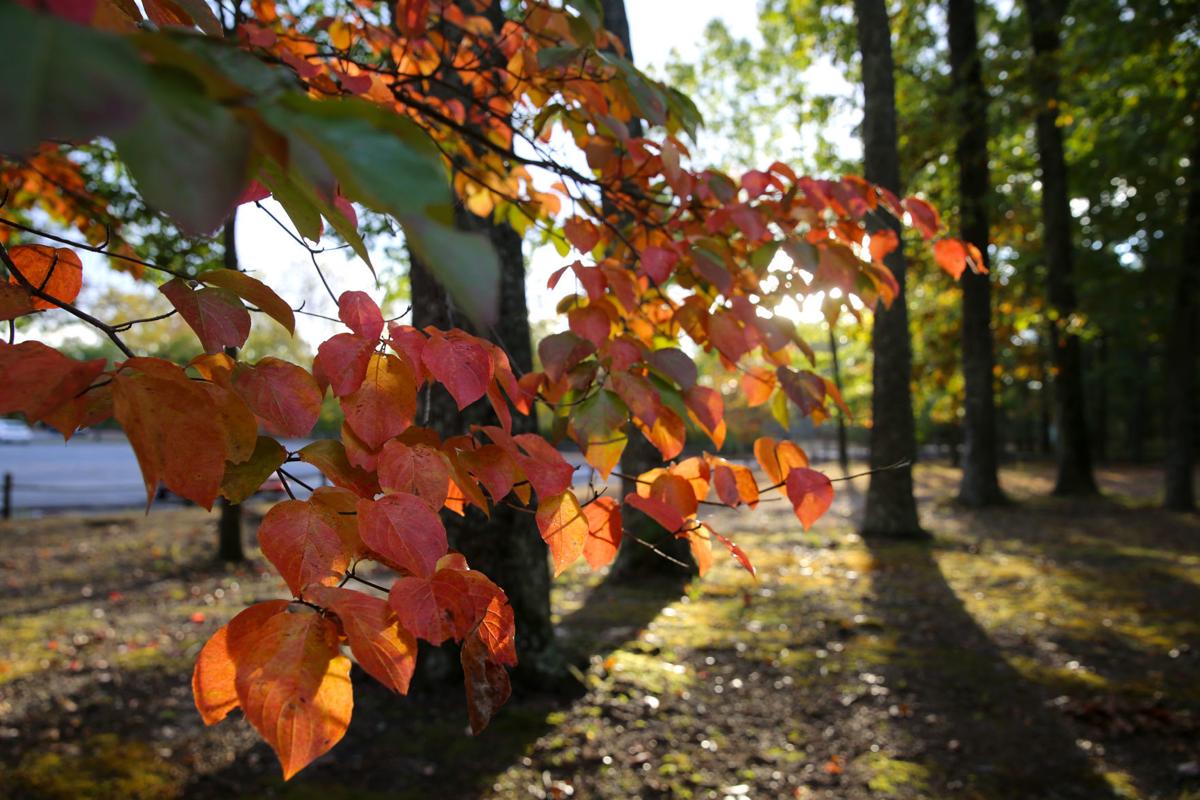 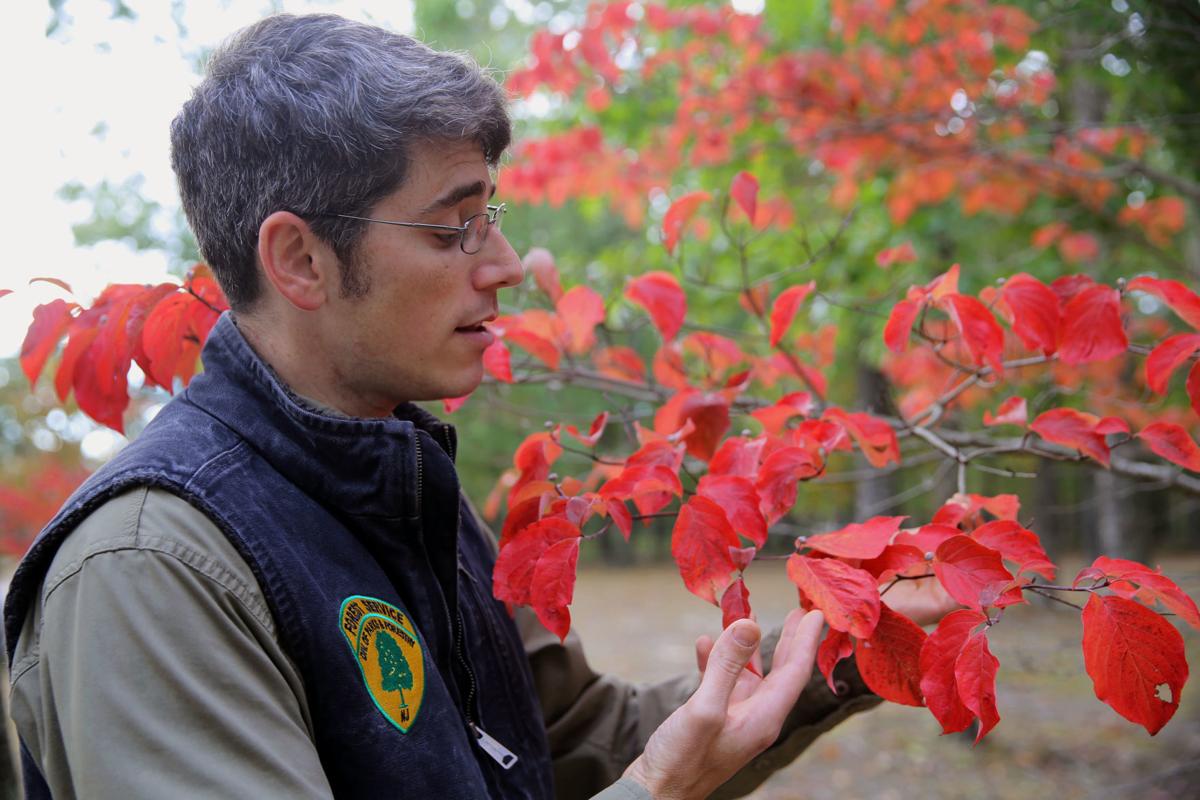 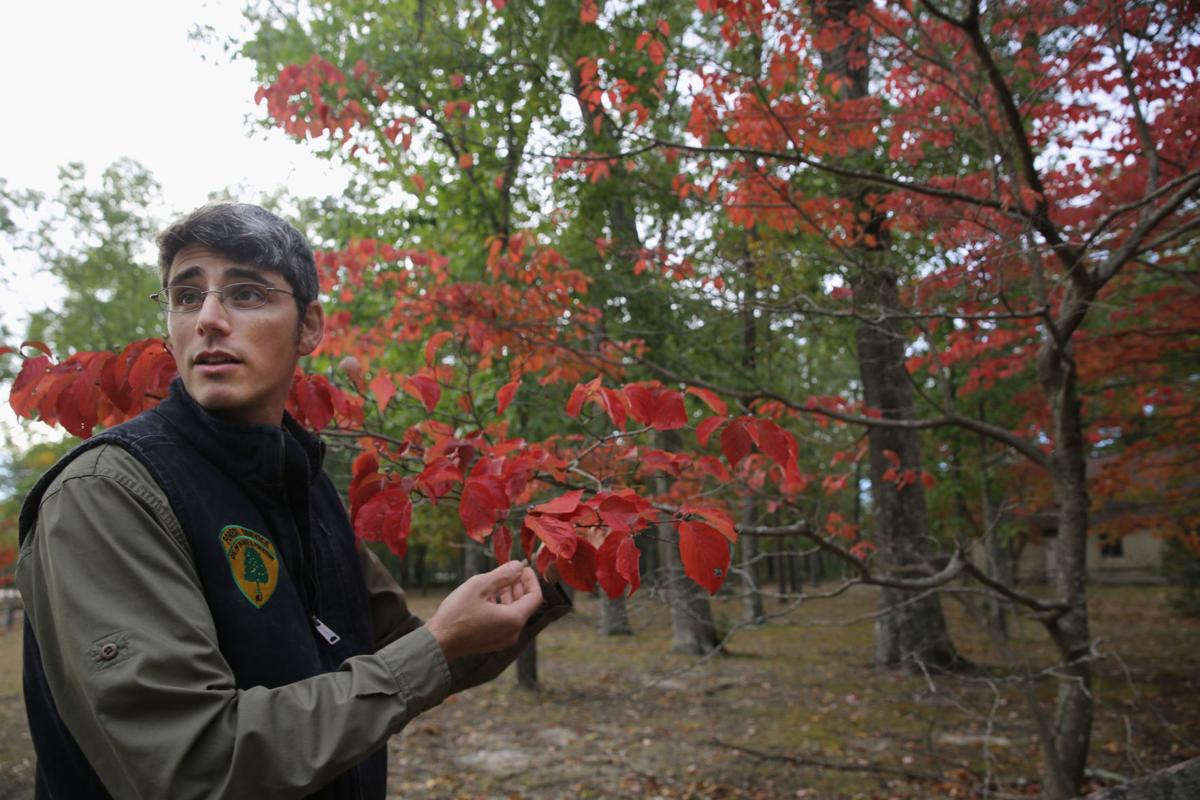 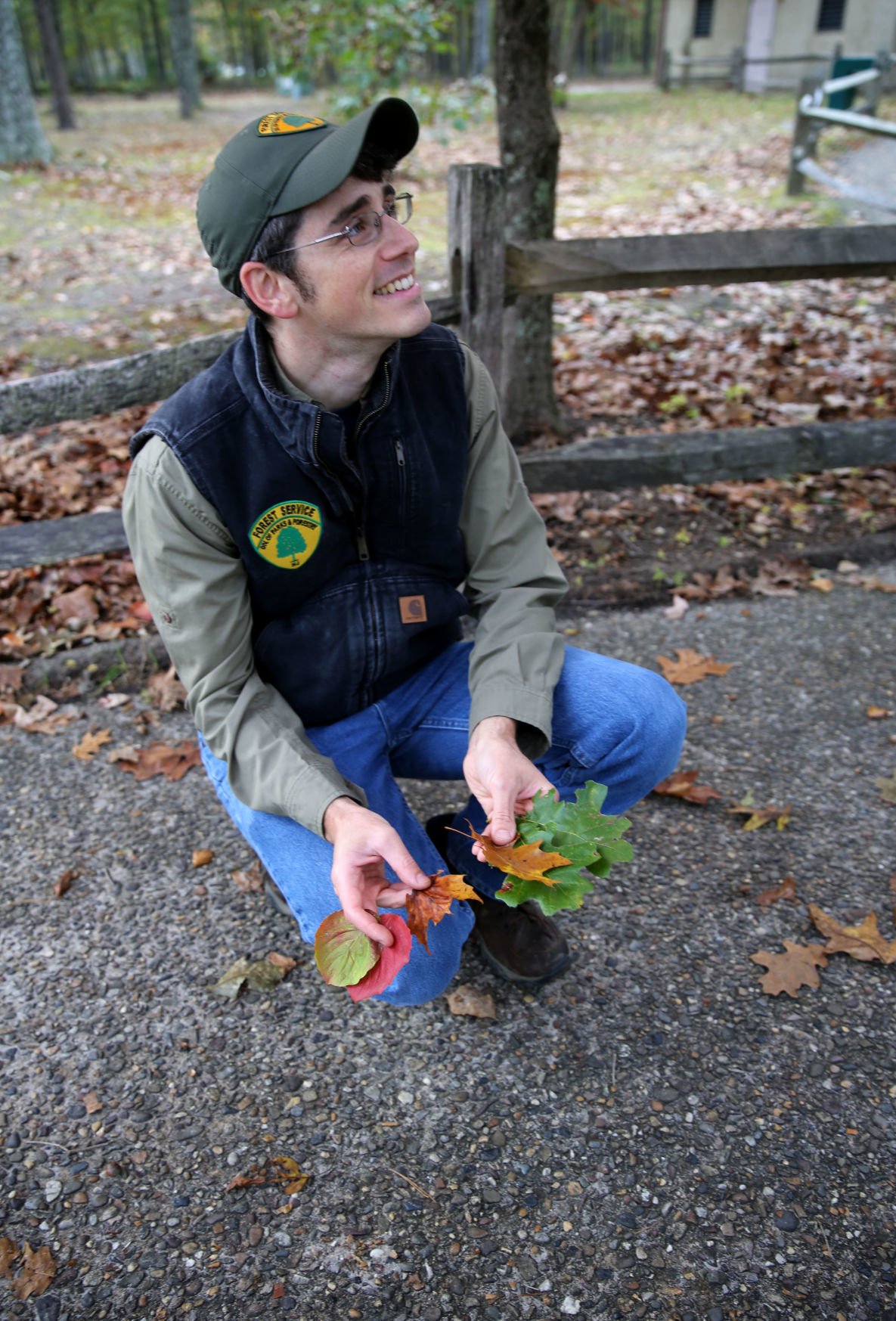 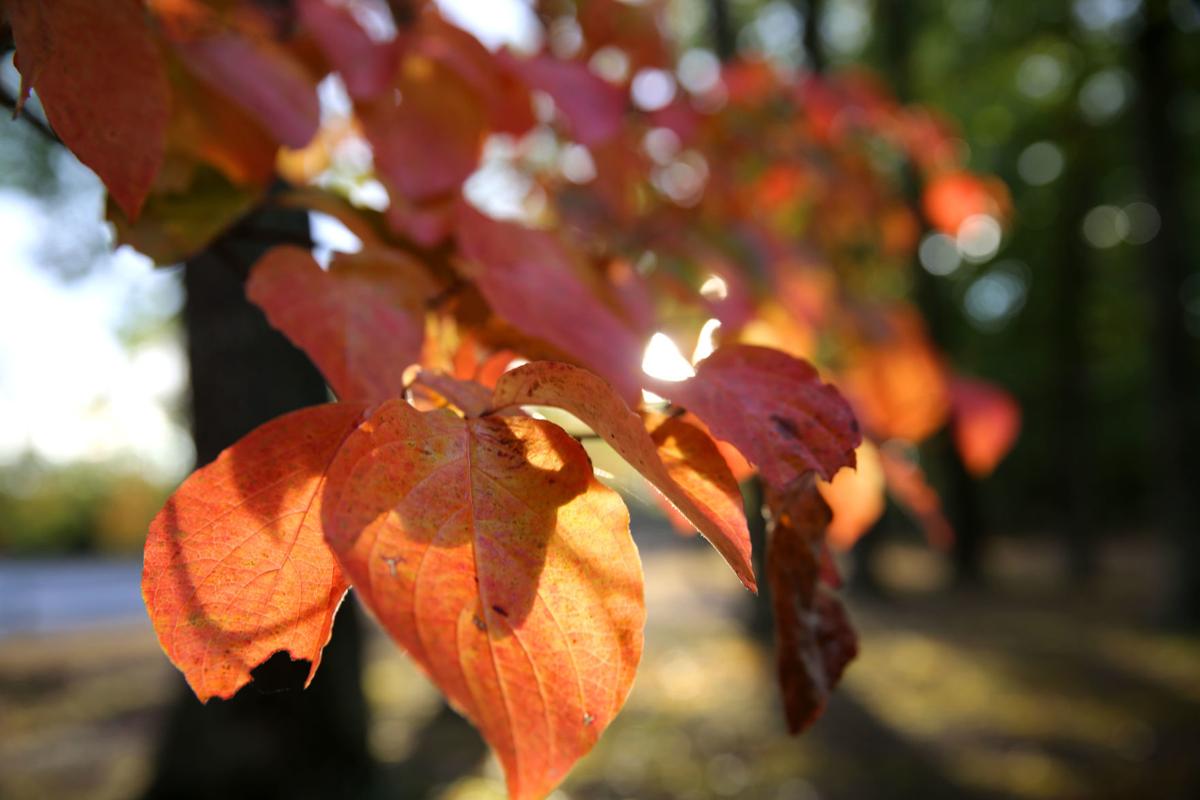 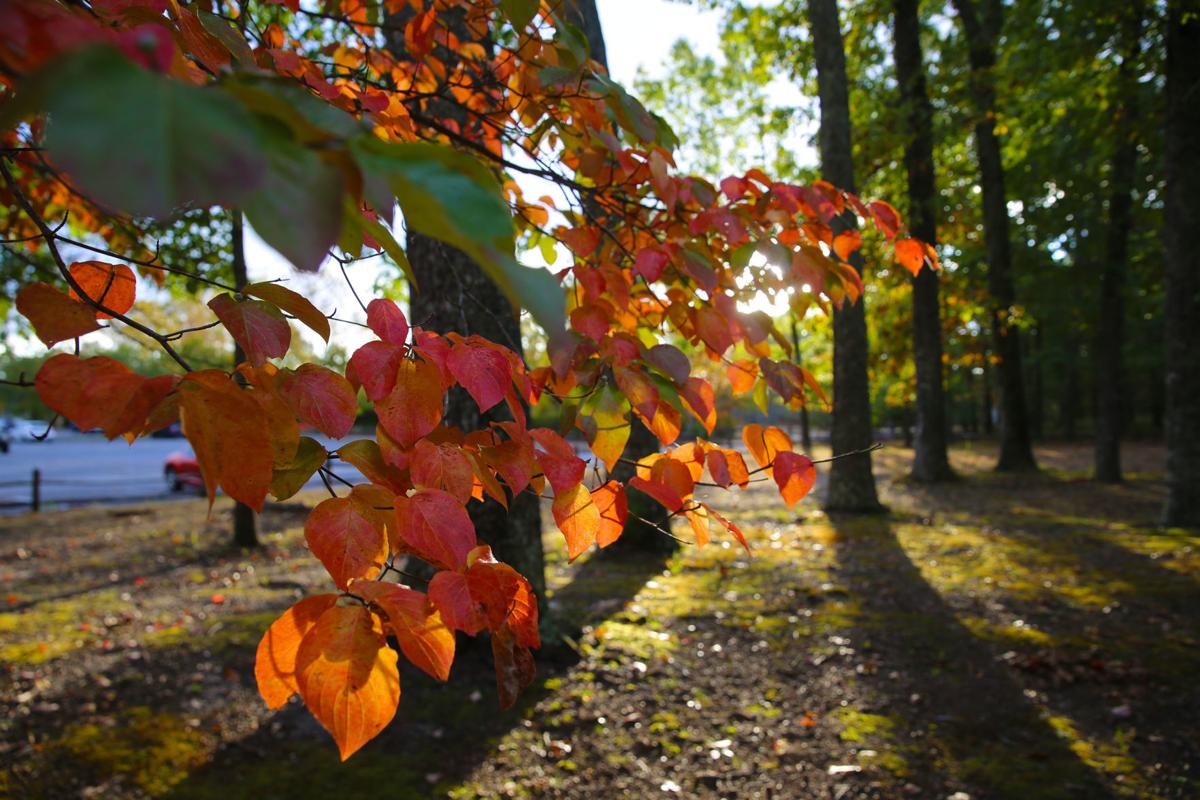 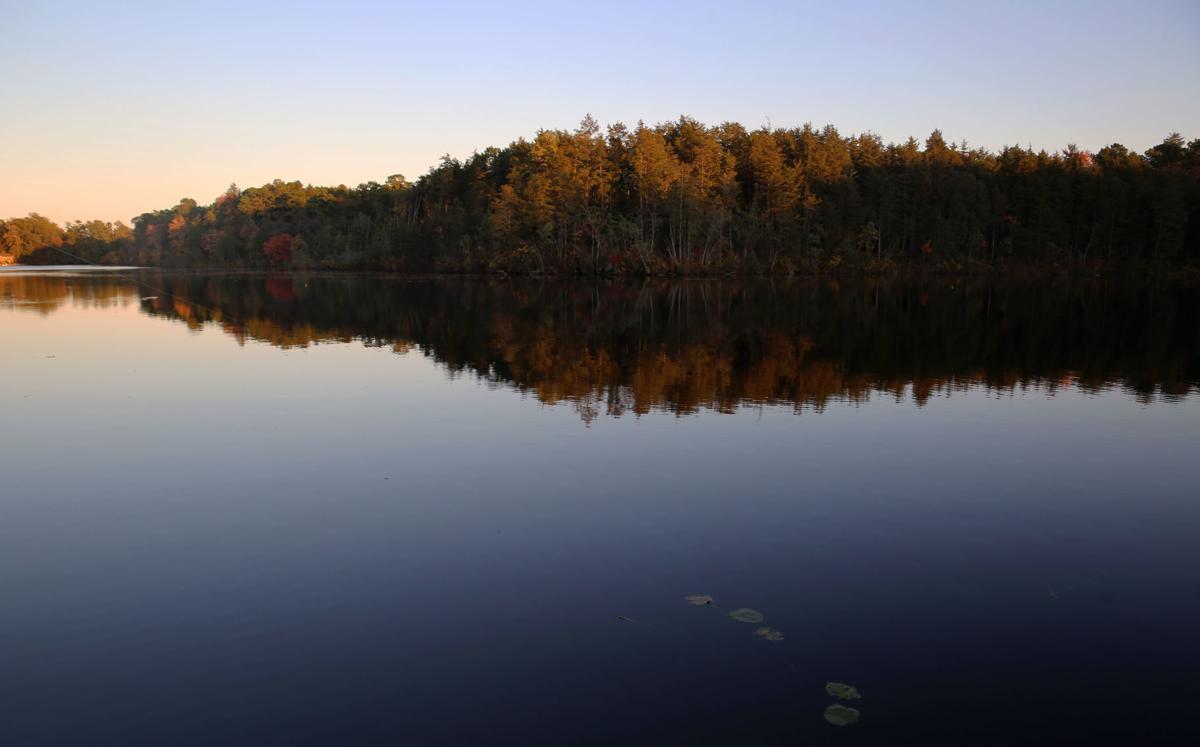 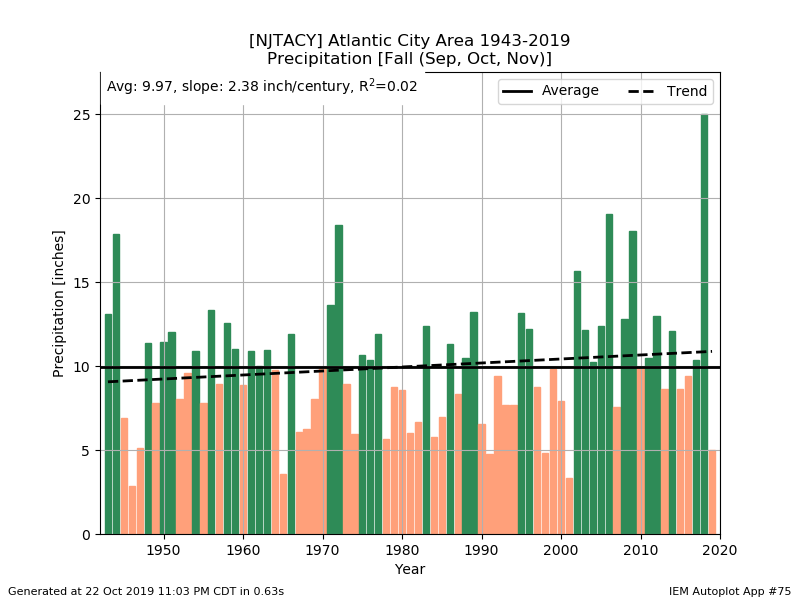 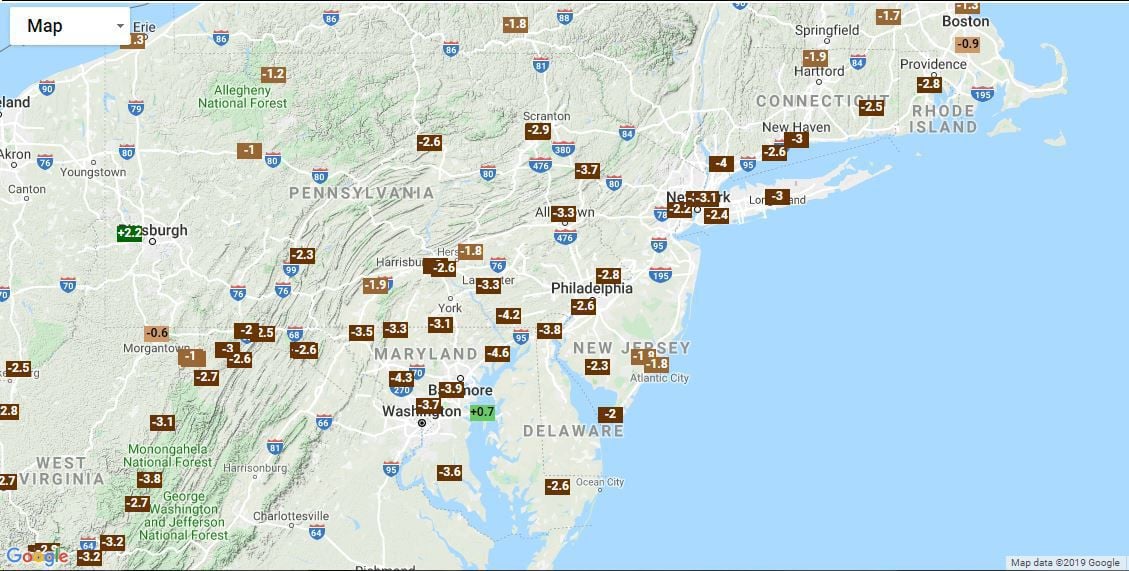 WHARTON STATE FOREST — Walking around the largest tract of land in the New Jersey State Park System on Monday, the colors of the leaves on the trees ranged from green to red to yellow to barely a leaf left.

“In general, spring leaf-out (when leaves grow on trees) is much more clustered in time than fall leaf drop,” said Bernie Issacson, forester at the New Jersey Department of Environmental Protection. Issacson said leaf change can take four to six weeks for any one location.

The vibrancy and timing of fall foliage in South Jersey vary from tree to tree, but, as a whole, the 2019 season looks to be better than usual for those seeking to take in the change of colors, due to recent wet weather and cooler nights.

“In those places where water was available, there seems to be good likelihood for beautiful color,” said Jason Grabosky, a professor of urban forestry in the Department of Ecology, Evolution and Natural Resources in the School of Environmental and Biological Sciences at Rutgers University.

A tree in an area with low water content in the soil will see its leaves turn before trees in a soil with large amounts of water.

For example, Issacson said, leaves at the top of a forest canopy, which receive the most direct sun, can get hot and dry out. Leaves that are shaded, meanwhile, are under less environmental stress.

“Since autumn color change is hypothesized to be ... something akin to sunscreen for a tree, leaves that only become unshaded later in the season are likely to be slightly delayed in their phenology (annual leaf change),” Issacson said.

On The Road with Joe

During the spring and summer, the increasing daylight ramps up production of chlorophyll, transforming carbon dioxide and water into sugars and starch. The sugars and starches provide the energy to keep trees and plants alive.

As the days grow shorter, chlorophyll production slowly decreases. As it does, the leaves’ green pigment gives way to the yellows, oranges and reds seen during the fall. In addition, a special layer of cells “corks” the leaf stem from the tree. That process happens in every tree, but the way in which it happens varies depending on the species.

WASHINGTON TOWNSHIP — While October brings people to farms for hayrides, pumpkin patches and…

“Chilling and water availability during different parts of the growing season are the strongest predictors of fall foliage timing,” Issacson said.

According to the National Oceanic and Atmospheric Administration, Atlantic City International Airport was 2.2 inches of rain below average in August, when wet weather is needed to bring out the vibrant fall colors. Millville Municipal Airport was 1.8 inches below average, while Cape May Airport was slightly above average, by 0.4 inches.

In September, sunny days and cool nights are ideal for getting the leaf colors to arrive.

“Now that temperatures are dropping and there has been some rain, we are looking for cool, clear days to better develop the reds, and the yellows ought to be fine,” Grabosky said.

Climate change has and will continue to bring increased amounts of precipitation to the Northeast, according to Climate Central in Princeton. According to the Iowa Environmental Mesonet, rainfall between September and November has increased from 9 to 11 inches at Atlantic City International Airport between 1943 and 2019. Temperatures have warmed as well, especially at night.

“The warming climate will delay the onset of fall color and ultimately when the leaves fall,” said Sean Sublette, a meteorologist at Climate Central.

But beyond the change in temperature, it will be the way in which society reacts to the changes that will matter.

“Future fall colors will depend on our choices as a society on how we respond to climate change, not just changing temperature,” said Issacson. “If we decide to make our forests more resilient to expected climate change by encouraging trees better adapted to our future climate, we may end up seeing autumn the way other Southeastern states do (later in the year). We shouldn’t expect that our forests in 2100 look like they do now in 2019.”

Mostly sunny with an isolated p.m. storm. that will linger overnight.

Morning sun with a few afternoon clouds. An isolated p.m. storm will be around.

Weekend starts dry, ends soaking with a warm up to end October

A fine October day will be in play for Saturday, but rain will come for the day Sunday. Looking ahead to the final days of the month, next wee…

Ongoing county road work projects will cause some delays and detours for drivers next week.

MAYS LANDING — Nasir Woodard’s first stop Saturday morning at Walmart was the Halloween section. Passing by bags and bags of candy, the 14-yea…

The first few days of the new week will bring comfortable to warm October air, mostly dry weather and one round of coastal flooding.

Wednesday's weather a copy from Tuesday, plus how's Halloween looking?

Wednesday’s weather will do its best impression of Tuesday’s with another cloudy, gray and drizzly day. Turning toward Halloween, confidence r…

Something in the Air Newsletter - Halloween, Fall Foliage and the end of drought

There were a couple tricks, but a couple of treats too in our Halloween weather, right? Sure, Mary Poppins would have been a great costume dur…

Seasonable to chilly weekend temperatures, as we 'fall back' at night

A seasonable Saturday will give way to a chilly Sunday just in time to turn back the clocks Saturday night.

Weather as quiet as quiet can be for the next week

After two weeks dealing with two 1-inch-plus rain events, multiple rounds of coastal flooding and occasions of gusts over 50 mph, it will be a…

Dry Monday, few showers Tuesday and a wintry weekend ahead

Election Day will bring a few showers, but overall, not a washout in the region. A pair of tranquil days will then give way to a rainy event, …

High pressure will dominate Wednesday and Thursday. Then, a potent cold front will move in Thursday night, bringing wet, not white, weather. T…

Dry day, a wet night and two rounds of arctic air ahead

Thursday will continue with the spot-on November weather, at least for part of the day. Then, a potent cold front will sweep through, bring ra…

Fall slips into winter as rain changes to snow Tuesday

While it’ll be more wet than white, the potential for the fourth earliest measurable snowfall on record is likely Tuesday. 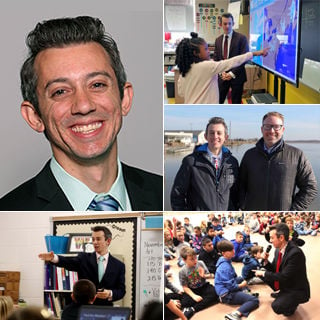 Living in a region with a rich shore and agricultural history, Meteorologist Joe Martucci is keenly aware of the impact weather has on the tourism and the economy. A Jersey guy, Joe has led all weather operations at The Press of Atlantic City since the Fall of 2017.  Read more »